Authors can start their own thread with all their work here. Many authors also keep their readers informed on when they have updated a fic on their thread here.

Summary: Liz is an eighteen year old high school graduate living in Brooklyn, N.Y. preparing for college while working full time for the summer in Times Square, Manhattan with an annoying, cocky co-worker named Max Evans. This fic is in Liz's point of view.

Summary: Sequel to "New York State Of Mind". This story picks up two months after Max and Liz move in together. In the midst of balancing hectic school schedules and day to day obstacles, will Liz's secret make or break their relationship? This fic is in Max's point of view.

orphyfets wrote:Lookin forward to "An Unlikely Fellow"and "Liz, Love and City Dispositions"
When do you thing u'll post them?
Stefanie

I had to remove two fics that were slated up and coming. Unfortunately, I don't think I'll ever be able to take on the task of five fics!

I can barely make it with the two I'm currently writing. Furthermore, I simply lost sight of the direction I wanted to take the stories in. However, the sequel to NYSOM still stands and it will be done, of that, I'm positively certain about. I also made a title change for the fic.

I want to apologize to Ann (Babylisou), who took the time and effort to create a banner for one of my now defunct fics. I'm deeply sorry for your work having gone in vain.

As for TFD, the writers block fog has been lifted...somewhat. I'm about 4 or 5 pages deep into the next update so keep an eye out for it. It's almost completed.

Thanks for all the continued interest and PM's. Though it may not seem like it now, but it is motivating and I appreciate it.
Hiatuses suck
Top

Were you one of the girls a whole group of met at the theater? You know, the crazy Roswellians?

It was nice meeting you. I'll definitely be visiting Boston again. It's a beautiful city. I loved it.
Hiatuses suck
Top

Aww, thanks! I'll definitely e-mail you when I'm in town again! 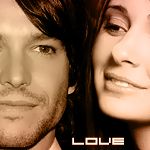 Re: Fics by Jason's Lover

I'm asking again: please, please do I ever got the chance to read the sweetest apple ???

Return to “Work by Author/Updates”