I totally agree, Serena can be anyone.
I've read some stories, and I really like the idea of Max and serena being best friends but not anything more because Im a dreamer till the end.

Does anyone know where the writers wanted to go with the introduction of "Serena?" There was no reason to have FMax mention her specifically if she wasn't going to make an appearance on the show in a future episode. Since Roswell was struggling not to be cancelled, I'm guessing that the writers just scrapped whatever storyline they had in mind that included Serena when they decided to go another route.
"Earth has become infected. You're no longer safe there. Get off the planet now."
- Larek
Top

I don't know if we know about the writers' intentions with Serena, but I kind of don't mind that she didn't show up on the show. FMax was from fourteen years in the future. You can meet a lot of people in fourteen years.

If it had been up to me, and the show had (somehow

) stayed on the air for a few more seasons, I would have left in that one teensy mention in TEotW, and then not mentioned a thing about her again, until suddenly three years later there's this new character named Serena and BAM the audience (and Liz!) knows who she is right off the bat.

But yeah... that's just in my little imaginary la-la land where Roswell stayed on the air (and stayed good

1) Do you have in your mind some kind of definition of who/what Serena should be? How flexible is that definition? Does there have to any sort of justification for using her name for you?

Serena. The loud and confident girl. That's how I've always seen her. I looked at Maria when it comes to being Liz's friend and I just see Serena as a more smarter person. Maybe that's how the two become friends, because they both like science? When I use Serena's name and I have used it in my presently active story, I don't what to make a stereotype because I don't see Serena as one. By FMax's words, I could see this totally awesome person that doesn't really fit to anything but just seemed so right to be Liz's friend. Someone she can trust, someone who knows everything about them, so obviously, is trusted by the group so it wouldn't be just anyone. She can definitely keep a secret then. And if it is true what FMax said about Serena's explanation to why he may not see Max and the fact that she operated the granolith, she is probably a very logal and very down to earth gal. The common-sense with SF in her. That would be my Serena.


2) If you've written/enjoyed/thought about the idea of Serena with one of the main characters of Roswell, what's the appeal of having her specifically, rather than a complete OC?

I've written of her once. When I began writting about her, she was just Liz's best friend, a girl Liz saved and was now sort of like Liz was in the original stories, girl saved my an alien and becoming one herself. But in the process of the story, I realized something is missing. I'm a very romantic soul and as I seak in a way for love in my life, but fail, my characters find that love. Of course, I had not even considered putting her with either Max or Michael, or even Alex and Kyle. Because they are the original charries and I would not dare to mess what I had in mind for them. To be Serena, the way she is, and being Liz's closest, or one of closest friends, can only work as the oppositive of her. Zan. In my story, she is with Zan. But it's mostly because there this whole Liz in her, in my story. As I said, she was healed by an alien and is becoming. And I'm a dreamer so there is no way in hell she'd get Max. And Zan just seemed crazy enough to take her on. They just seem right, they way I wrote Serena down.

But that's just me.


Does anyone know where the writers wanted to go with the introduction of "Serena?" There was no reason to have FMax mention her specifically if she wasn't going to make an appearance on the show in a future episode. Since Roswell was struggling not to be cancelled, I'm guessing that the writers just scrapped whatever storyline they had in mind that included Serena when they decided to go another route.

If I may add here that yeah, why did they mention this Serena if she was not going to be put in the show? But we must keep in mind that once season 2 ended, alien theme was out of the picture and FBI and human things were back in. Only the end had a little bit of both. Season 2 was the it season, the way Roswell was probably supposed to continued. Perhaps Serena would have been a mentioned topic and possibly made an apperance if they show had continued in a alien theme way. And the question that comes to me is FMax and Max. They never actually said if he found out what happened that night, they kissed but somehow Liz, who was still human, was able to hide that visit from Max? It makes no sense. I would have enjoyed a nice 'sit down, Max, I have to tell you a story' or something. Since tEotW is my favorite episode of all Roswell.
Just One: The Weight of the world

I always imagined that Serena was a girl that Liz met in a science class at Harvard. However, I have read some great portrayals of her in fics that make me wonder. Some of my favorites are she is the mother of the original Royal 4 in kj4ever's Web of Deception and where she is an offspring of some of the characters in Miles to Go Before I Sleep.

One thing that cracks me up about her (and it's just a little thing) is she always seems to have red hair. I don't necessarily see her that way. But then I also don't see her as the bubbly, outgoing girl she is often portrayed as. My stereotype of someone who's into Quantum Physics is that they would be pretty shy.
Top

Ok with stories dealing with aliens I have always had a set version of Serena.

I see her as a tall woman with flowing red hair.I like that because no one on the show had red hair.I also see her as either a hybrid sent to protect the Royal Four or a shapeshifter like Nesado....except not evil.


But in AU All Human stories...I still like the red hair...but she's open game because she can be anybody you want her to be.

And that's one of the reasons I love Serena.You can do just about anything you want with the character seeing how there is almost nothing knowin about her. 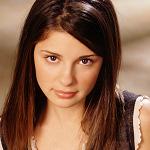 Re: Serena, Serena! Some Questions...

I guess if there was a 4th season, then the character of Serena could've been used, like she comes in after Max and Liz got married and is an alien in some twist too, blah blah blah.