Dialogue That Makes You Cringe

Ok now this is a long one..

LIZ: (standing) Everything I'm about to say is gonna come as a shock to most of you, but something's happened, and you need to know what's going on. Valenti and Hanson are about to declare Alex's death a suicide.

MARIA: How could they say that? Of course it's not true.

MAX: I know, but I've read the file. Valenti showed --

MAX: I don't want to believe it either, but I saw. The evidence is pretty convincing.

MICHAEL: I can't believe it's suicide.

LIZ: It wasn't a suicide and I can prove it. (shows the tickets) Five minutes ago I found these here, in Alex's room. They are concert tickets to Beth Orton. Alex bought them on the day he died, probably for him and Isabel. The concert is tonight.

Don't you get it? You don't buy concert tickets on the day you kill yourself. You don't make plans for the future when you are not planning on having a future.

TESS: I don't know. You know, a couple of concert tickets? It's pretty slim evidence.

MARIA: You don't know what the hell you're talking about, OK?

MICHAEL: Hey. Hey. There's nothing to gain with this argument, one way or another. We know Alex. We know what kind of guy he is, and we know he'd never kill himself.

MICHAEL: So, as far as all the people in this room are concerned, it was an accident, nothin' more.

LIZ: It wasn't an accident. He was murdered.

MAX: Would you listen to yourself? Who could possibly want to murder Alex?

LIZ: I don't know yet. Maybe, somebody with a grudge against him...or, maybe an alien.

MAX: (stands up) That is not what happened here.

LIZ: Would you just think about it for a minute? If there is anything any of us should have learned over the last year and a half, it's that nothing is ever what it seems.

ISABEL: (stands up) What is that? That's not evidence! That's not proof we had anything to do with this!

TESS: (stands up) Keep your voices down, for God's sake!

LIZ: You cannot deny the fact that a key member of this conspiracy just died under very suspicious circumstances.

KYLE: (stands up) I'm with Liz. There's somethin' not right about this.

MAX: It was a traffic accident. There's nothing otherworldly about that.

MICHAEL: What possible reason would an alien have to kill Alex?

LIZ: Isabel, for one. We know that there's an alien named Kivar who wants to bring Isabel back to your world.

LIZ: If Kivar discovered that you and Alex were--

ISABEL: No! No! You're just making this up!

LIZ: You don't want to think that Alex was killed by an alien because that would mean *you* are responsible


I have never hated Liz more than in this conversation! I know it ended up being true but this scene she is being such a bitch and all I wanted to do was slap her!WIth the whole Alex thing I personally think she went to far. SHe was pissing everybody off and blaming the aliens which must of hurt them a lot. She had no right to say the things that she did in this convo. And besides wasn't *she* the one that told Alex about the aliens? I hated how she did that too. It was NOT her secret to tell and that was very rude of her. ALso in regard with telling Maria. I mean, the guy saved your life and risked his own as well and Isabel and Michael's and all she did was tell her two best friends in which she had NO right doing!I love Alex and Maria but Liz shouldn't of told them.

I'm happy to get that off my chest.*happy sigh*
-

in defense of Liz - who knows what Alex would have told Valenti that night when they were in jail if Liz hadn't told him the truth and later in CYN, her best friend had just died and she was in shock, I (just my opinion, not wanting to make this seem as if it is the general opinion) always thought that's why she reacted so strongly ... shock and disbelief on Alex killing himself but mostly shock
Colin Hanks
icon by elv_graphics
Top

What made me cringe was Michael and Isabel discussing their dreams-

Yuck!!For goodness sake...you can't suddenly turn off the brother-sisterly feelings you've had for years and become all lovie-dovie!!!
My Angel
Top

Any time Isabel opened her mouth, I just cringed. I found nothing remotely pleasant about her. Personally, one of the worst characters on tv ever. Especially that over dramatic scene in the podchamber after her birthday -- one viewing was enough for me!
Top

YesYesYes! Her scenes were to dramatic, Isabel was one hell of a moody person!
-

Her scenes were to dramatic

Way too much drama for someone who had an ice cold persona. Of course, they tried to lighten her up as the christmas nazi and that was just overacted, as well.
Top

Oh yes! But it did kind of help because I always laughed at them but in every other episode she never did anything funny.
-

Well I am glad they never did the Mi/I thing. I mean how do you go from growing up as brother and sister to that *shudder* They may not be siblings by blood but they were by heart. And in the end, that is all that matters...


Max enters Valenti's to get Tess

Tess: Max, are you sure you want to do this?

They kiss-Tess sees flash of Max and Liz kissing

also another moment that made me sad

Michael: Hey! Back off. [Michael gets a strike and his friends cheer and congratulate him. He turns around and Maria is standing there.]

Michael: I double-booked. I made a mistake because I promised the guys, and then i promised you--

Maria: shut up. I've got something to say, all right?

Michael: ok, let me have it.

Maria: All right. The other day at the crashdown, you were there and they were there, and isabel asked me a question which I chose to ignore at the moment. She asked, "is michael laughing," and you were. And I was jealous because I just-- you never laugh like that when you're with me.

Maria: No. Not like that. I've never heard you laugh like that until that moment. Something happened. You got friends, and that's important.

Maria: I'm an idiot 'cause i wanted you all to myself, and that's not right 'cause i've never seen you that happy before, and I love you happy. I love you.

Michael: This is ok?

Maria: Yes, this is ok. Now you realize you have to take me somewhere to make up for that tuna melt, right?

I never thougth Maria should have to apolgize for wanting some alone time with her boyfriend. I mean I would be pissed if my boyfriend
would do that. And to be fair Michael spent most his time with the guys from his work, couldn't he be away from them one night, in order to be with his girl?

"hey Maria I am sorry but I double booked, I have a bowling thing with some friends, can we do the date tomorrow instead? I make us italian??"
Michael: I NEVER wanted anyone else, I still don't..- BOYA
Top 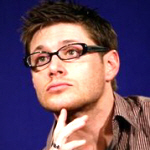 I didn't like Max's whole "I'm coming for you Liz" speech it made me cringe it was so sickly, don't get me wrong i'm a dreamer but even so.... Also i agree with the whole Isabel thing she had her funny Christmas Nazi moments but that was about it i think i even prefered Tess on episodes where the writers felt like not making her evil before changing their minds again.

Tess became agreeable right after Max found Liz in bed with Kyle. I thought it was because she was no longer 'competing' with Liz but felt she had a clear shot at Max. She could afford to be friendly and take the gentle route. Or so she thought.

I agree that the "I'm coming for you" speech didn't really work. Not for me, anyway. I got that Maria was saying that something was needed. That Max needed to take a stand. But that particular exchange certainly didn't sound right.
Top
Post Reply
132 posts